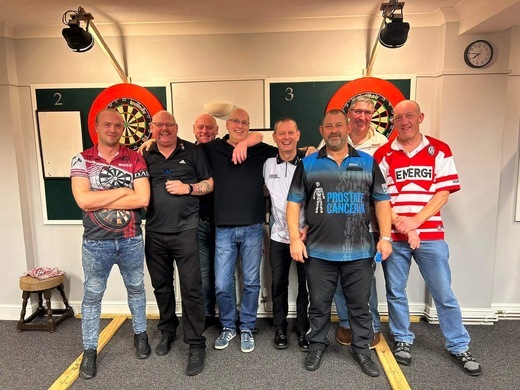 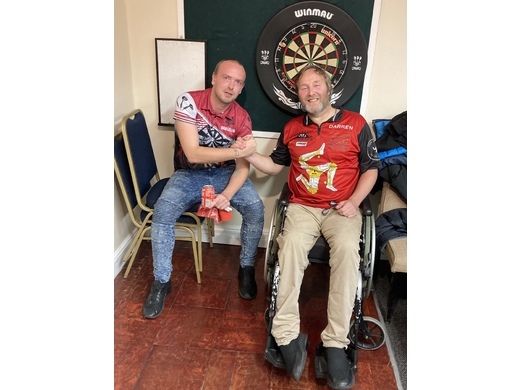 Sarah & Robbie are our 2022 Masters Champions

Saturday 26th November saw the Isle of Man Darts Masters take place at the RAOB Club in Ramsey; with men’s and ladies singles competitions held over the longer than usual format of best of 3 sets, with each set the best of 5 legs.  Robbie Nelson was in imperious form all day and emerged as the 2022 Men’s Masters Champion, whilst Sarah Taylor dominated the Ladies event to add the Masters title to the Island Championship she won earlier in the year.

There were some excellent clashes in the early rounds of the Men’s singles. In the top half of the draw Kevin Lane pulled out a superb 13-dart last leg in the decider against Ady Hogg to move into the quarterfinals. He was joined by Brian Gelling, whose run included a hard-fought win against disabled darts superstar Darren Kennish. Alan Young recovered from losing the first 4 legs against Paul Sertin to win 0-3, 3-2, 3-1 and John Halsall played some fantastic darts to complete the quarterfinal line-up in the top half of the draw.

In the bottom half, eventual winner Robbie Nelson had to dig deep to get past Willie Biggane 2-1 in a last leg decider, before beating the standout player from the Super League, Aaron Bradley, 2-0 to make the quarterfinals. Colin Tyrer, Ian Fields and Wayne Harrison all cruised through their matches to complete the quarterfinals line up.

In the first quarterfinal, Brian Gelling caused a huge shock as he beat one of the favourites for the title, Kevin Lane, 2-1, punishing some uncharacteristically sloppy play from his opponent. Alan Young then put an end to John Halsall’s day, easing to a 2-0 win.Robbie Nelson and Colin Tyrer then played out a superb match, with both sets going Robbie’s way in a deciding leg. Wayne Harrison completed the semi-final line up with a solid win against Ian Fields.

The first Quarter-final of the Ladies singles saw a clash of two of the favourites for the title, with Sarah Taylor putting in an excellent performance to beat Margaret Kelly 2-0. She was joined in the semi-finals by Nikki Bardsley who eased to a 2-0 win over Janet Bailey. The other semi-final was to be an all-Western affair, after Sophie Hicklin beat Sophe Moore 2-0 and newcomer Jess Corlett overcome Alana Timoney by the same score line.

The Isle of Man Darts Organisation would like to thank our hosts at the RAOB Club for once again being perfect hosts. And thanks to all the players and supporters who helped with the running of the event and making it a great day out. The next IOMDO event will be a fun darts competition at The Manor in Douglas on Boxing Day, with a 7pm start. 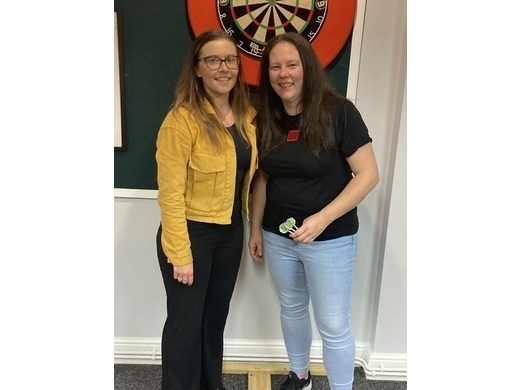