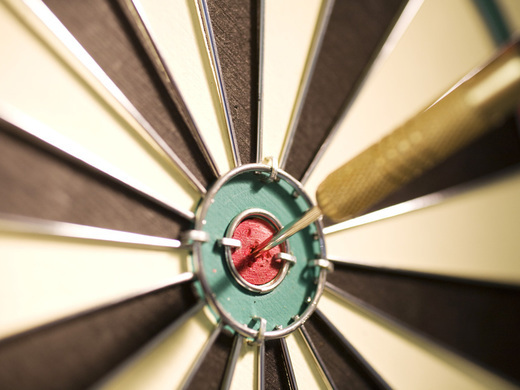 Friday 18th November round 3 of matches in the Isle of Man Darts Super League take place at the The Manor in Douglas.

Top faced bottom at the Manor and it was Jamie Kelly who struck first for the North beating Rob Corrin in a deciding leg 3-2. Nikki Bardsley leveled things for the East as she beat Nicola Libreri-Lane 3-0 and from their the East took complete control. Ben Brogan beat Brian Gelling 3-0 before Rachel Robertson beat Judith Wellings 3-0 and Ady Hogg beat Scott Dalton 3-0 with a 77.7 average on the way to make it 4-1 to the East.

Janine Halsall extended the lead yet further with a 3-0 win over Cat Tracy and Steve Moran took his chances on the doubles beating Chris Gelling 3-0 to make it 6-1. Wendy Andrews then beat Alana Timoney 3-1 before Glenn Morley eased past Harley Christian with a hard fought 3-1 victory. Ian Fields produced a strong display averaging 71.6 to beat Robbie Lawson 3-0 and when Robbie Nelson registered an equally impressive 73.9 on the way to a 3-0 win over Andy Foulis, the match was over as a contest with the points already secure for the East.

The final singles game saw the North finally claim another game as Kevin Lane produced 17, 18 and 21 dart legs to average 80.5 and leave the score at 10-2 after the singles.

The doubles continued in much the same vein but Ady and Ian were pushed all the way before beating Jamie and Ryan Teare 2-1. Nikki and Wendy then beat Alana and Judith 2-0 before Rachel and Janine beat Nicola and Janet Bailey to ensure a clean sweep for the East women. Robbie Nelson and Steve Moran recovered from 1-0 down to take the next two and see off Scott and Robbie Lawson whilst Rob Corrin and Glenn Moorley also recovered from 1-0 down to see off Harley and Mike Jelski 2-1 and the night was completed with Alan Young and Scott Bowden also claiming a 2-1 victory over Kevin and Jak Stott to complete a comprehensive 16-2 victory for the East which keeps them top of the league at the half way point.

West were looking to keep up the pressure on the league leaders and they began well with Barry Gilsenan taking an impressive 3-0 win over Danny Cowin in the first game. Sarah Taylor and Jess Corlett played out a thriller in the first Ladies game, going 2-2 before Sarah claimed the deciding leg to make it 1-1. Stats leader Aaron Bradley lost his first leg of the year to Kyle Lunn before finding his form to win 3-1 with an average of 75.9 and Sophie Hicklin extended the lead for West when she beat Ann-Marie Christian 3-0 to make it 3-1.

Paul Watterson recovered from losing the first leg to beat Jack Saxon 3-1 before the South hit back with Ladies ranking leader Margaret Kelly beating Louise Gregory with a 52.7 average. Peter Sayle however extended the West's lead again when he beat Wayne Harrison 3-0 and Chris Gilbert saw off Josh Cowley 3-0 to make it 6-2 to the West.

Vicki Cannan and Ann-Marie Martinez went the full distance before Vicki claimed the decider 3-2 and Willie Biggane wasted little time sweeping to a 3-0 victory over Kevin Christian. Colin Tyrer narrowed the gap slightly as be beat Mark Venables 3-1 with a 77.5 average and when Gary Jones beat Paul Williamson 3-1 in the final singles it left the score at 8-4 heading into the doubles.

Kevin Biggane and Paul Watterson struck first in the doubles beating Gary Jones and Kevin Christian 2-1 and when Sophie Hicklin and Storm Williamson beat the Ann-Marie's 2-0 it was game set and match for the West.

Colin and John Halsall did reduce the lead beating Chris and Veggie 2-0 although sa 2-1 win for Louise and Vicki over Margaret and Sophie Moore stretched things out again.

Wayne and Danny then beat Peter and Barry 2-0 before the night concluded with Aaron and Willie seeing off Jack and Josh 3-0 to complete a 12-6 victory for the West.

Thanks to everyone who turned out and helped make for another successful night for island-wide darts and to our hosts The Manor for their support. The next Super League fixtures take place on Friday 13th January 2023 at The Falcons Nest in Port Erin, with a 7.30pm start.

This Saturday, 26th November, will see the return of the Isle of Man Masters at the RAOB Club in Ramsey. The Masters features separate Men’s and Ladies singles competitions and is open to all. Entry is £10 with signing on 1.00pm-1.30pm for a 2.00pm start.